HDD Temperature - What is a Safe Range to Avoid Hard Disk Failure?

What is a safe HDD temperature range to avoid overheating and hard disk failure? What is the method way to monitor and lower your hard disk temperature?  Get the full answers right here.

For years, overheating has been blamed as the main culprit for drive failures and while it made perfect sense on paper, there were no hard facts from large-scale studies to support that belief.

Then Google came along and published "Failure Trends in a Large Disk Drive Population", a research paper that some consider to be the Bible of HDD failure. Pulling data from more than 100,000 consumer hard disk drives, some of its major findings included:

This study also suggested that the effect HDD temperature has on failure rate is not as severe as previously believed. However, there was no mention of the effect of temperatures higher than 50°C (probably because Google kept their hard disk drives in server rooms with strict temperature controls).

What is a Safe Hard Disk Temperature Range?

Hard disk manufacturers often state the operating temperatures of their hard disk drives to be between 0°C to 60°C - This can be misleading because what they mean is that your hard disk will function at these temperatures, but it doesn't tell you anything about how long they are going to survive at this range.

How to Check and Monitor Your HDD Temperature

There are a few popular hard disk temperature monitor freeware, but we highly recommend CrystalDiskInfo for a few reasons: 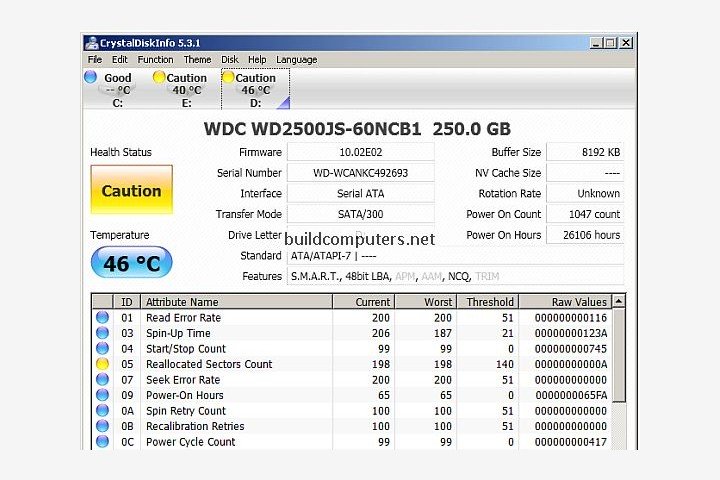 For other popular and reliable programs to monitor your hard disk drive temperature, you can also check out HWMonitor and SpeedFan.

If your existing hard disk drives are too hot for comfort, then one of simplest (and overlooked) methods to lower temperatures is leave a gap between your drives: 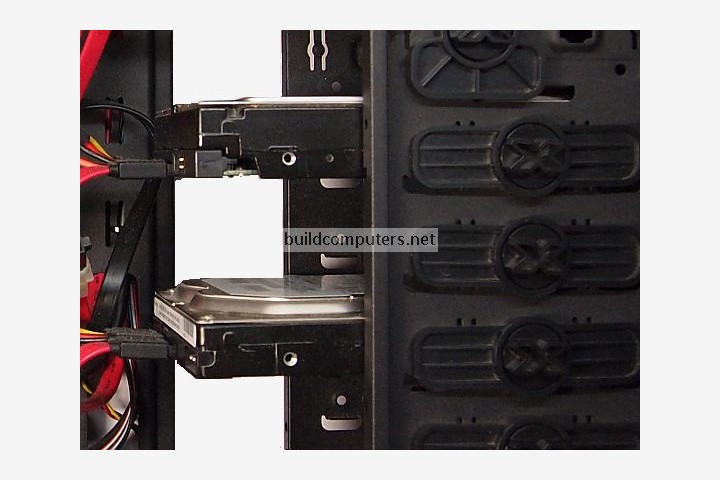 This simple step alone has been shown to reduce hard disk temperatures by 2 to 4°C in most cases.

If your hard disk drives are still running too hot, then check whether your computer case has vents that allow you to install additional case fans to blow cool air at your hard drives. Since the hard disk drives are located at the front of most computer cases, it's better to install the fan in the intake direction (blowing cool air from outside into the case instead of sucking hot air out).