Everything You Need to Know About an ATX Motherboard

What is the standard ATX form factor and is an ATX motherboard right for you? Learn the answer here and how to choose the best ATX mainboard.

Introduced by Intel in 1995 to replace the aging 1980s AT form factor, ATX (Advanced Technology eXtended) quickly became the dominant form factor for desktop computers due to a few reasons: smaller size (easier motherboard installation), improved power design, customizable back panel ports and most important of all... lower manufacturing costs.

While the smaller Mini ITX and MicroATX motherboards have been chipping away at ATX's share of the market in recent years, ATX boards still remain as a popular choice among power users such as serious gamers, overclockers, server admins, graphics designers etc.

Now let's meet this ATX form factor that has found such long-lasting success in the PC world: 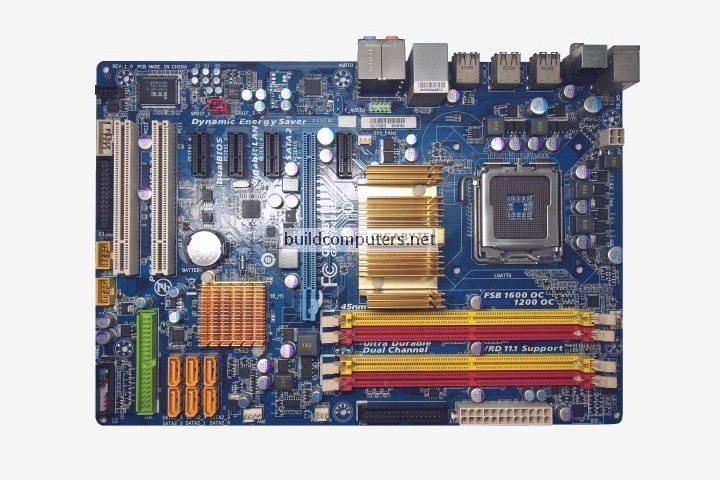 When Should You Buy an ATX Motherboard?

1. You intend to overclock your CPU, RAM and/or graphics card

The extra real estate on an ATX mainboard allows it to have:

All the above factors add up to superior overclocking results. And let's not forget the spacious ATX mid-tower and full-tower cases with enough room for half a dozen case fans, water cooling setups, tall (CPU and RAM) heat sinks and all that other cool stuff.

2. You intend to build a computer for serious gaming

While modern MicroATX motherboards are able to meet the needs of mainstream gamers, an ATX system is still the way to go if you're craving for a gaming beast that can run the latest games at maximum resolution with ultra-high settings (while breezing along at 60+ fps).

It's the only consumer form factor that supports up to four graphics cards for an extreme quad graphics card setup. Even if you have just one or two graphics cards, a well-designed ATX board allows for wider spacings and better air flow. This is essential given that high-end graphics cards are easily the hottest components in your entire computer.

Most mid to high-end MicroATX boards support up to two graphics cards at best. There are rare mATX models that can sustain three graphics cards, but they come with massive price tags and the poor graphics cards are going to be packed like sardines.

3. You want a simple-to-build computer with more useful years

While it's common knowledge that ATX motherboards cater well to power users, an often-overlooked fact is that they are also easier to work with... making them an ideal choice for first time builders.

Most Mini ITX cases (and some MicroATX ones) have strict hardware restrictions such as SFX power supplies, low-profile expansion cards, low-rise heat sinks or SODIMM RAM etc. On the other hand, ATX cases are able to accept a wide range of hardware, giving you more computer parts to choose from.

The larger number of expansion slots on a ATX board also makes it more "future-proof", allowing you to take advantage of new technologies as they emerge. For example, if your current motherboard lacks USB 3.0 ports, you can just pop in an USB 3.0 expansion card.

How to Choose the Perfect ATX Motherboard

Most standard ATX motherboards come with four DIMM slots (though you might have to make do with two on some budget models). Four slots will be adequate except for the most demanding of users - See our "How Much RAM Do You Need" article for more info.

In case you do need that much RAM (e.g. server applications, virtualization, RAM disk), there are motherboards for Intel Extreme processors that come with up a mind-boggling eight RAM slots.

The number of expansion slots on an ATX board varies from a minimum of four to a maximum of seven. Even four slots are plentiful for most people since an average user is just going to fill up one to two slots. 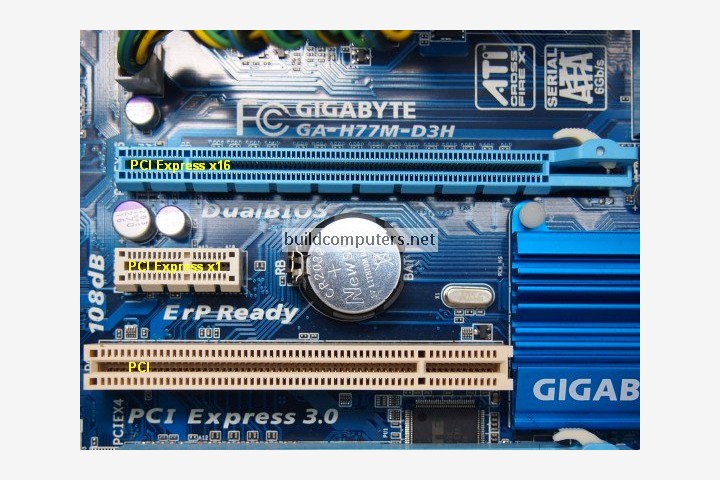 Not all PCI Express x16 slots are built equal. They can have different number of lanes: 4, 8 or 16. If you're installing a (mid to high end) graphics card, the slot needs to have at least eight lanes so that it doesn't hold back your card's full potential. To check for the number of lanes, refer to the motherboard's specifications page.

Our general recommendation for an ATX board is to choose one with at least two PCI Express x16 slots and two PCI Express x1 slots. The remaining slots will depend on your usage. For example if you have an older PCI card, then you'll want to have at least one PCI slot as well.

Every internal hard drive and optical drive requires its own SATA connector. Most ATX motherboards have six or more connectors (four minimum), which is enough for most users. What's more important is to make sure that you have at least one SATA 3 connector (vs. the slower SATA 2) if you intend to install a SATA 3 solid state drive.

All things being equal, a motherboard with more power phases = cleaner and more stable power to your CPU and RAM. This is especially important for overclocking since you'll be tinkering with voltages.

One of the reasons why most overclockers prefer ATX motherboards is the extra real estate for accommodating more power phases. For serious overclocking, you should buy an ATX board with at least 8 + 2 phases (8 for the CPU, 2 for the RAM). For the rest of us who don't overclock, 4 + 2 phases works well enough.

With USB 3.0 gaining widespread use and boasting impressive real-world speed gains over USB 2.0 (two to four times faster in most cases), it is fast becoming a necessity rather than an optional feature.

That's why we recommend buying an ATX motherboard with at least one USB 3.0 port for connecting to external storage devices (e.g. USB 3.0 flash drives, hard disk drives and even solid state drives).