Before Buying a Micro ATX Motherboard, You Should Know These Facts

What makes Micro ATX motherboards so popular for desktop computers? Find out if this form factor is right for you and how to choose a MicroATX motherboard right here.

When ATX and MicroATX (also known as mATX) motherboards were introduced back in 1995, ATX quickly took over as the most popular form factor for desktop computers while the compact Micro ATX fell by the wayside as a niche product.

Fast forward to today and things are looking quite different - In recent years, Micro ATX has been steadily replacing ATX as the preferred form factor for mainstream consumers.

Why the newfound love for MicroATX? With more and more features integrated into the CPU and motherboard chipset, a large ATX motherboard with seven expansion slots is starting to look like overkill for most people. Current motherboards don't need a dedicated sound card, and integrated graphics has evolved to a stage where it's able to match low-end discrete graphics cards. 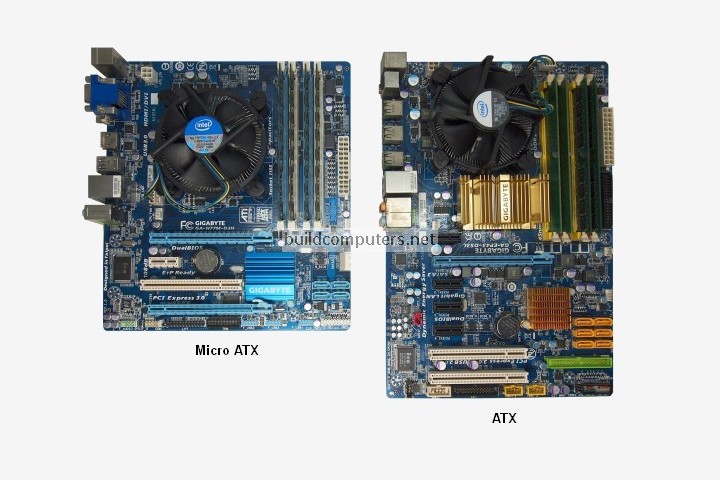 When Should You Buy a Micro ATX Motherboard?

1. You are going after the cheapest possible motherboard

With a bit of homework and bargain hunting, you will discover most of the lowest-priced motherboards are MicroATX ones. This comes as no surprise, since the smaller Mini ITX motherboard calls for more refined manufacturing techniques while the larger ATX board requires more components.

On top of that, most Micro ATX cases are able to accept standard components such as ATX power supplies and full-height expansion cards so gives you more (cheap) choices for your other hardware as well.

That being said, we want to add that Micro ATX motherboards come at all price points... from the bargain basement boards to the top-end models with all the bells and whistles.

2. You want a compact computer for flexible placement

Some people prefer to have their computers on the desk while others rather have them sit on the floor. A Micro-ATX mini tower allows you to do both with comfort.

The diminutive Mini-ITX case looks good on a desk, but it's too short for you to leave it on the floor (you'll have to do a sit-and-reach each time to turn on the computer).

And sure, noone's stopping you from hefting a ATX full tower onto the table, but imagine the amount of workspace it's going to take up (assuming that your table is able to support its weight)... plus imagine the hassle if your USB ports, audio ports and power switch are located at the top of the case.

3. You want a computer that's good enough for most purposes

There are no official figures, but it's quite safe to say that a mATX motherboard are able to satisfy the needs of at least three quarters of computer users. Other than price, that's the other major reason for the Micro ATX form factor gaining widespread popularity with mainstream consumers.

However, being a jack of all trades also implies Micro ATX isn't the best form factor for some specific needs.

For example, the even smaller Mini-ITX is a better choice in general if you're building a home theater PC, NAS or a semi-portable computer. At the other end, power users such as serious gamers, overclockers, server admins and graphics designers will be better off with the full-sized ATX form factor.

How to Choose the Perfect Micro ATX Motherboard 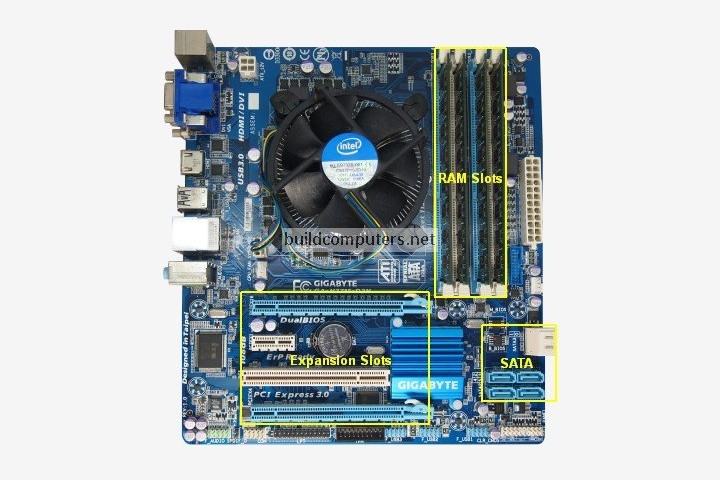 Most budget MicroATX motherboards have two RAM slots, while mid to high end models tend to offer four slots. So should you go for four slots or make do with just two?

The answer will depend on the intended use for your computer. We highly recommend that you read our "How Much RAM Do You Need" article for more details.

Our general advice is to go for a motherboard with four RAM slots... Unless budget is a big concern or you're certain that two slots will suffice for now and the foreseeable future. You can always begin with two RAM sticks and leave two free slots in case you need more RAM for the future.

Micro ATX mainboards can have two, three or four expansion slots. Given that modern CPUs and motherboards come with tons of integrated features (e.g. video, audio, network capabilities), most light to moderate users will do just fine with two expansion slots.

What matters more (than the number of slots) is what type of expansion slots are on the motherboard. If possible, always try to go for PCI Express slots (unless you still have older expansion cards that make use of the outdated PCI slots).

If you intend to use your computer for gaming, then it's quite essential to have at least one PCI Express x 16 slot so you can install a discrete graphics card. Heavy gamers can go a step further and opt for Micro ATX motherboards that support multiple graphics cards (Nvidia SLI, AMD CrossFireX).

Every internal hard drive and optical drive requires an individual SATA connector. Modern mATX motherboards have at least four such connectors, which is enough for most users. What's more important is to make sure that you have at least one SATA 3 connector (vs. the slower SATA 2) if you intend to install a SATA 3 solid state drive.

All the power phases in the world is not going to matter if you don't have a high quality VRM (Voltage Regulator Module) to begin with. To avoid substandard VRMs, stick to reputable motherboard manufacturers: Asus, Gigabyte, ASRock, MSI.