How to Check CPU Temperature

Checking CPU temperature is supposed a straightforward affair, but the varying definitions of CPU temps have confused many people (and techies). But no worries we're here to explain everything in plain English and clear the air once and for all:

Tcase is CPU temperature measurement taken from the center of the CPU's top surface (heat spreader). This temperature is measured by a diode embedded between the CPU cores.

When Intel, AMD and tech articles mention "CPU temperature", they are referring to Tcase (unless otherwise stated).


In short, Tcase is the only temperature that most computer users should bother with (unless you intend to overclock heavily). It is useful for determining your CPU's idle temperature, normal temperature and maximum temperature.

Tjunction (also known as TJ) is the CPU core temperature, measured by a digital thermal sensor DTS located within each CPU core.

While Tjunction is of little concern to most people, serious overclockers do need to pay attention to their CPU's Tjunction Max (or TJ Max). Tjunction Max is the highest temperature a CPU will tolerate before it throttles (lower its clock speed to prevent overheating).

Therefore the goal of a hardcore overclocker is to push a CPU's speed as far as possible without going over its Tjunction Max. However, we do not recommend this practice as running a CPU at such high temperatures will shorten its lifespan over time.

What is the Best CPU Temperature Software?

The good news is that there are a handful of excellent CPU temp software that you can download for free: Core Temp, HWMonitor, Real Temp and SpeedFan.

Among these popular freeware, we find HWMonitor to be the best CPU temp software for most people due to the following reasons:

If you're intending to overclock your CPU past the maximum safe temperature recommended by Intel or AMD, then we suggest Real Temp instead. With two calibration points (Tjunction Max and Tjunction Idle), it is the most accurate CPU temp software for measuring core temps.

How to Check CPU Temperature in Windows

2. Restart your computer and leave it to idle at Windows desktop for 20 minutes (to give time for CPU temps to stabilize). 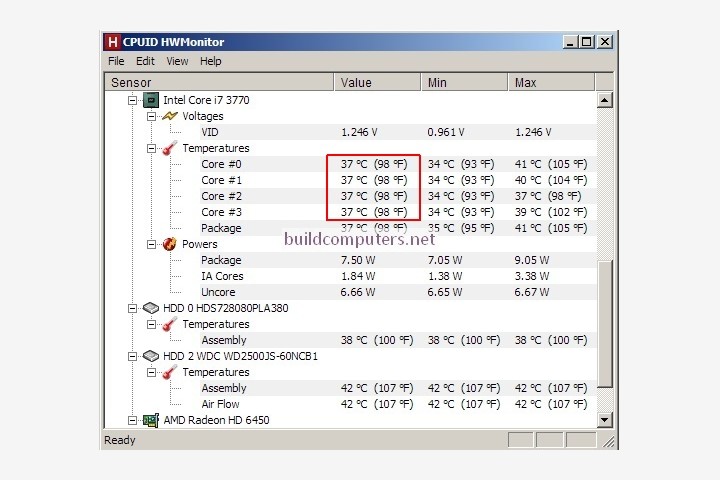 4. Your idle CPU temperatures will be listed under Core #0, Core #1, Core #2 and Core #3 (outlined in red above). If your CPU has just two physical cores, the software will only display Core #0 and Core #1.

Now that we have our idle temperatures, let's find out what is your maximum CPU temperature. To do that, we'll need Prime95, a torture test that will push your CPU to its limit so we can record its highest operating temperature. 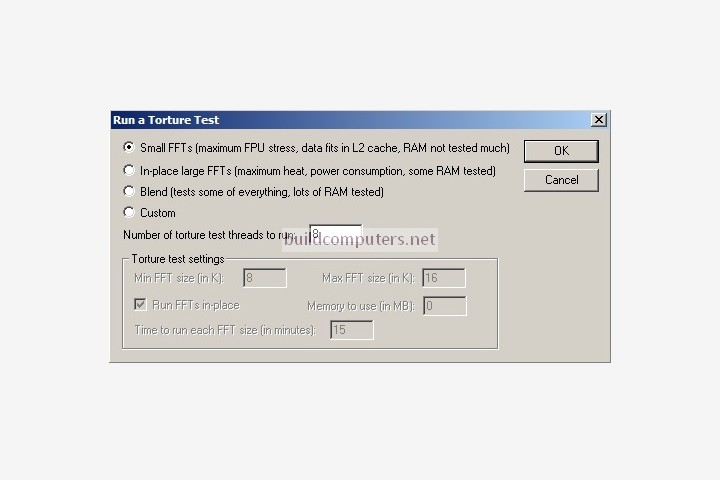 7. After running Prime95 for 20 minutes, open HWMonitor again to check CPU temperature. Take note of your Core #0, Core #1, (Core #2 and Core #3) temperatures - These readings will indicate your maximum CPU temperature.

Running Prime95 for 20 minutes is more than sufficient for checking CPU temperatures. To test your CPU's long term stability, you should leave Prime95 on for 12 to 24 hours.